Nikolai Beilharz interviewed Pieter for the ABC rural report. Click below to hear the interview.
Update Required To play the media you will need to either update your browser to a recent version or update your Flash plugin. 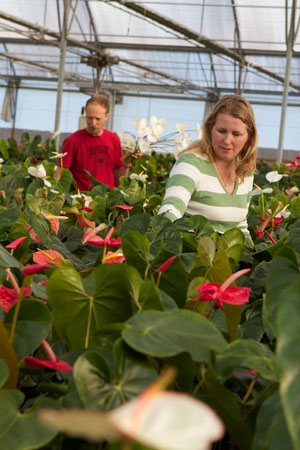 We at Moerman Anthurium believe that flowers are often used to express emotion or to mark special occasions. Real emotions call for real flowers! Flowers that have a long vase life  provide a better way to mark occasions or enhance the expression of emotions. Our main goal is therefore to provide good quality, long lasting Anthurium cut-flowers to local florists and floral designers.

Moerman Anthurium started as a family venture with Henk & Miep Moerman and father(in-law) Gerard Versloot on the Nieuwe Vaart in 's Gravenzande in the agricultural part of the Netherlands. After growing various different crops during a number of years, they decided to specialise in Anthuriums around 1965. Pieter Moerman, born in 1973, grew up surrounded with Anthuriums and learned the cultivation skills first hand, starting helping out with cutting leaves and putting vials on flowers and gradually moving on to other activities within the business. The business expanded over the years reaching a cultivated area of 8,800 m2. In 1993 after finishing the agricultural college, Pieter officially joined his parents in the family business. After half a year in the USA where he learned more about the process of breeding varieties and saw the advantages of being able to provide in your own plant material, he started up an Anthurium breeding project. After a long start up phase this resulted in the varieties that are being cultivated by Moerman Anthurium now. Around the end of 2005 an agreement was reached with the local council as the agricultural activities at in s Gravenzande had to make way for development.

With Moerman Anthurium ending their commercial activities in the Netherlands in February 2006, packing and shipping of many of the materials had to be done, as Pieter had decided to continue the business... on the other side of the world. After moving to Australia in April 2006, the business started to take shape in August that year with the purchase of a block of land in Atherton, Queensland. Since this time Pieter and his wife Ilona have been setting up the business and preparing the site for production. In May 2007 the first plants were received from the laboratory but as we use tissue culture it has taken till October 2008 for us to start harvesting the first commercially usable flowers.

We are very pleased to be recognised by our peers through the following awards. 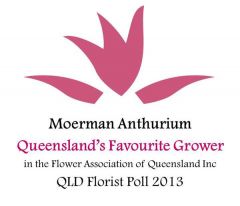 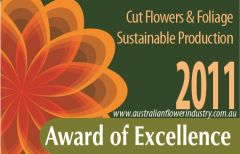